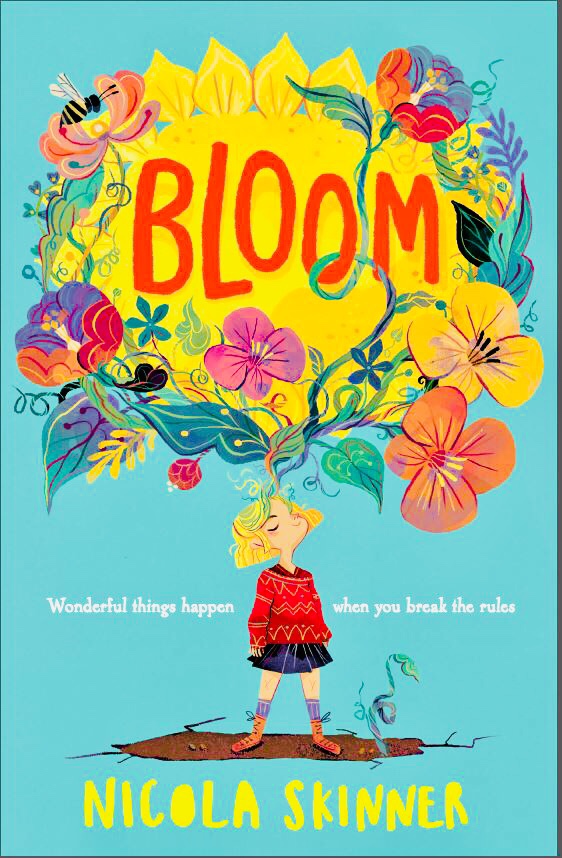 We are extremely lucky at Books for Boys to have an exclusive interview with children’s author Nicola Skinner.

Her debut book Bloom follows a little girl named Sorrel from the town of Little Sterilis on an original and magical adventure. 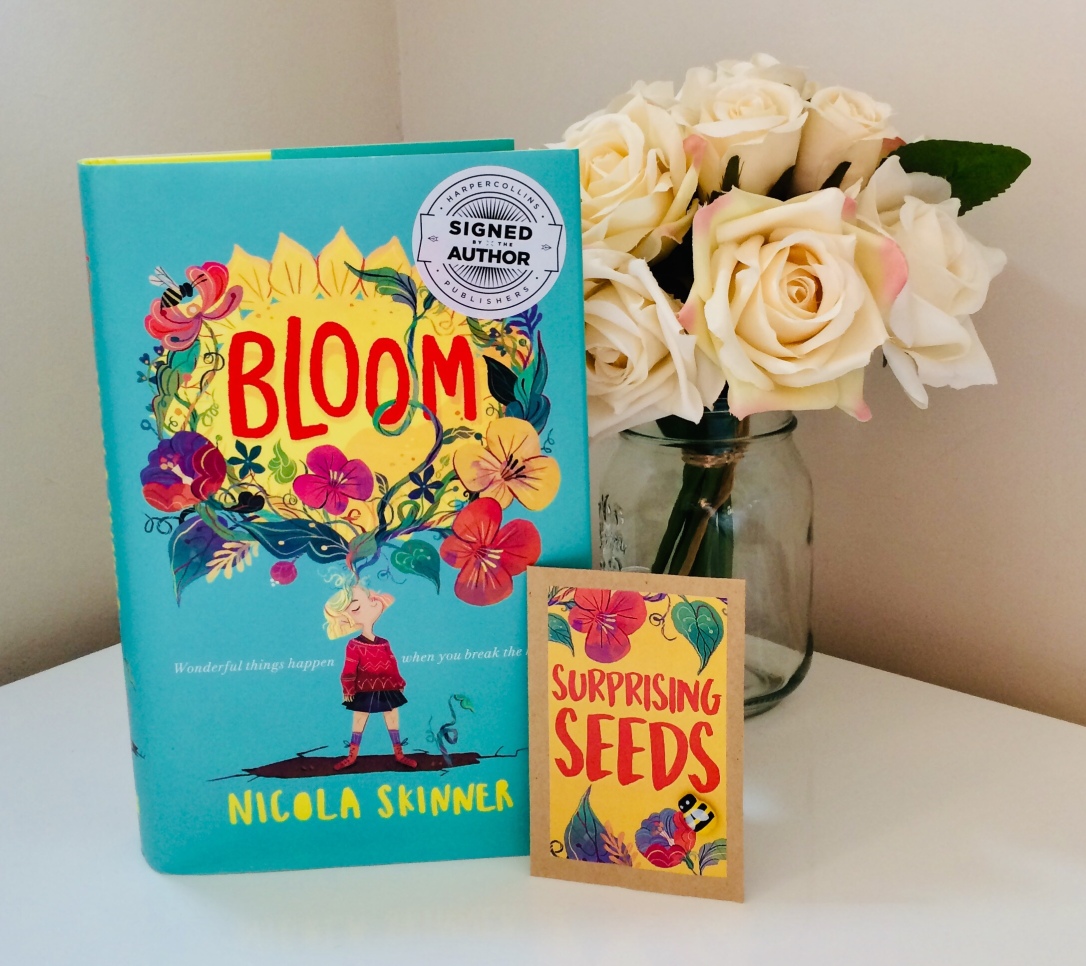 Whilst playing one day. Sorrel discovers a packet of Surprising Seeds. Curious, she

plants them with amazing consequences. Sorrel starts to feel tired and wants to sleep all day. Then she craves water and her head begins to tip back so that she can gaze at the sunlight. Sorrel has a plant growing out of her head. The seeds have blown everywhere and unknown to the inhabitants of the town plants have begun to grow out of their heads too.

Sorrel soon learns that the seeds belonged to a former resident of Little Sterilis named Agatha Strangeways. But who is Agatha and why are plants growing out of their heads? 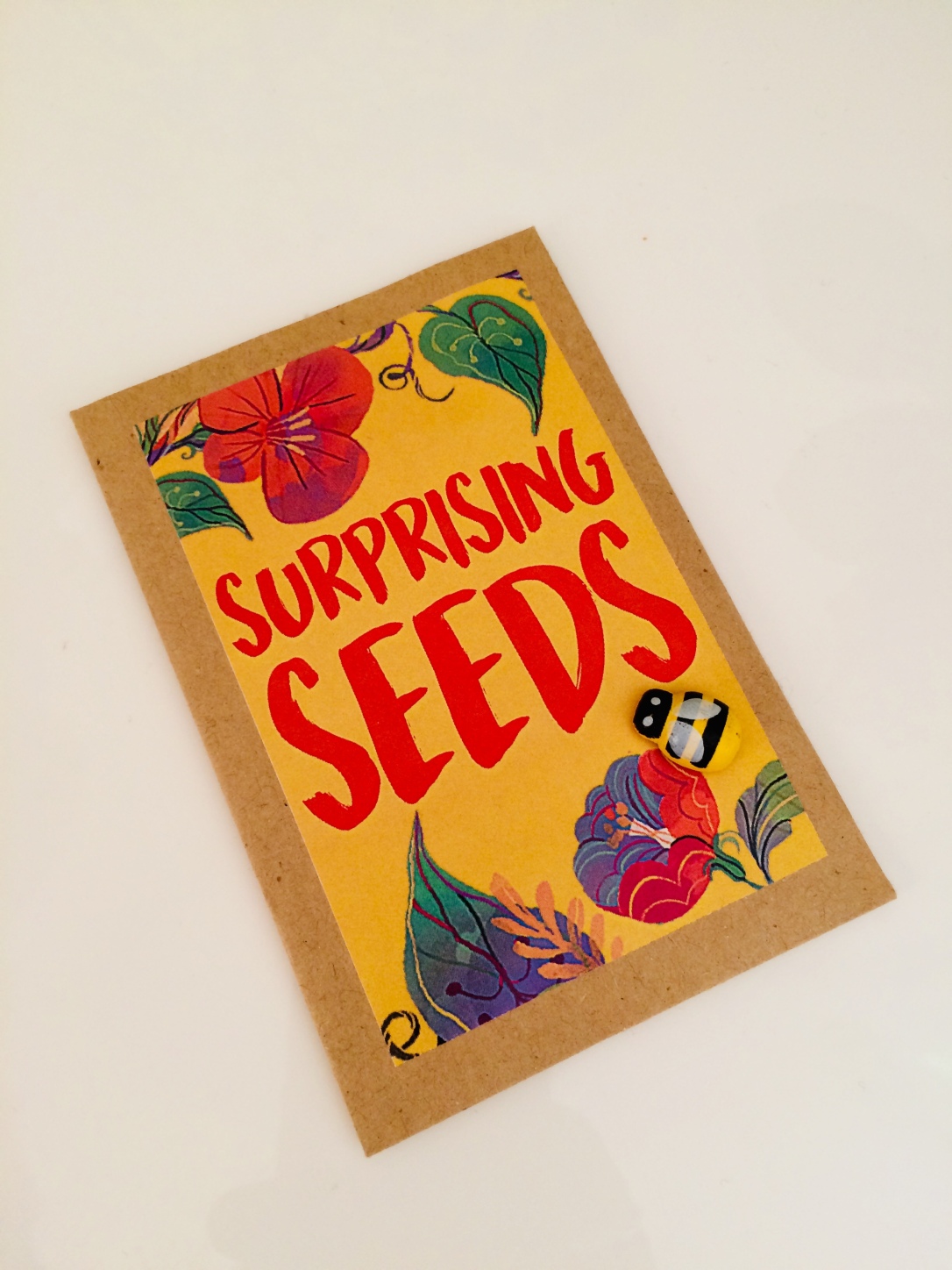 An Interview with Nicola Skinner 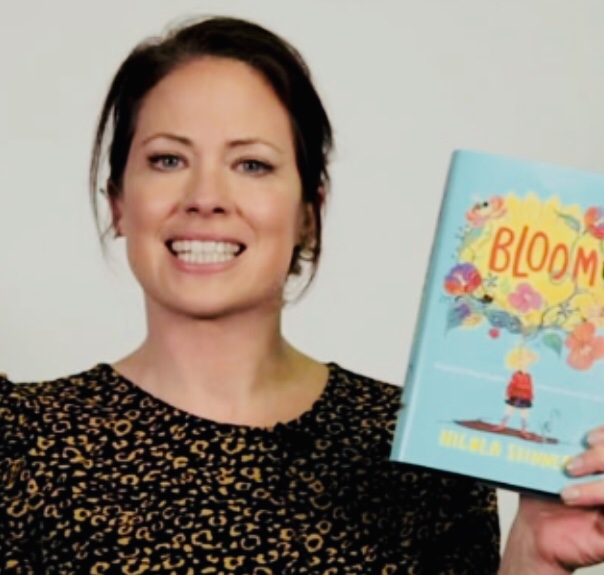 Nicola Skinner worked as a copywriter and journalist for the likes of the Guardian and the Pool before being inspired to write BLOOM. She lives in Bristol with her family.

What inspired you to read as a child and how would you inspire reluctant children to read more?

My mum’s a huge bookworm and believed my brother and I should have access to a wide variety of books, so books were always a big part of my childhood. I also think she was quite wise to not fill my days with too many after school activities, so I had a lot of spare time to read in the afternoons – more than most kids do now, I think. The first stories that really caught my imagination, when I was about seven, was the Magic Far Away Tree series by Enid Blyton – from then on, I was hooked and became a voracious bookworm myself. 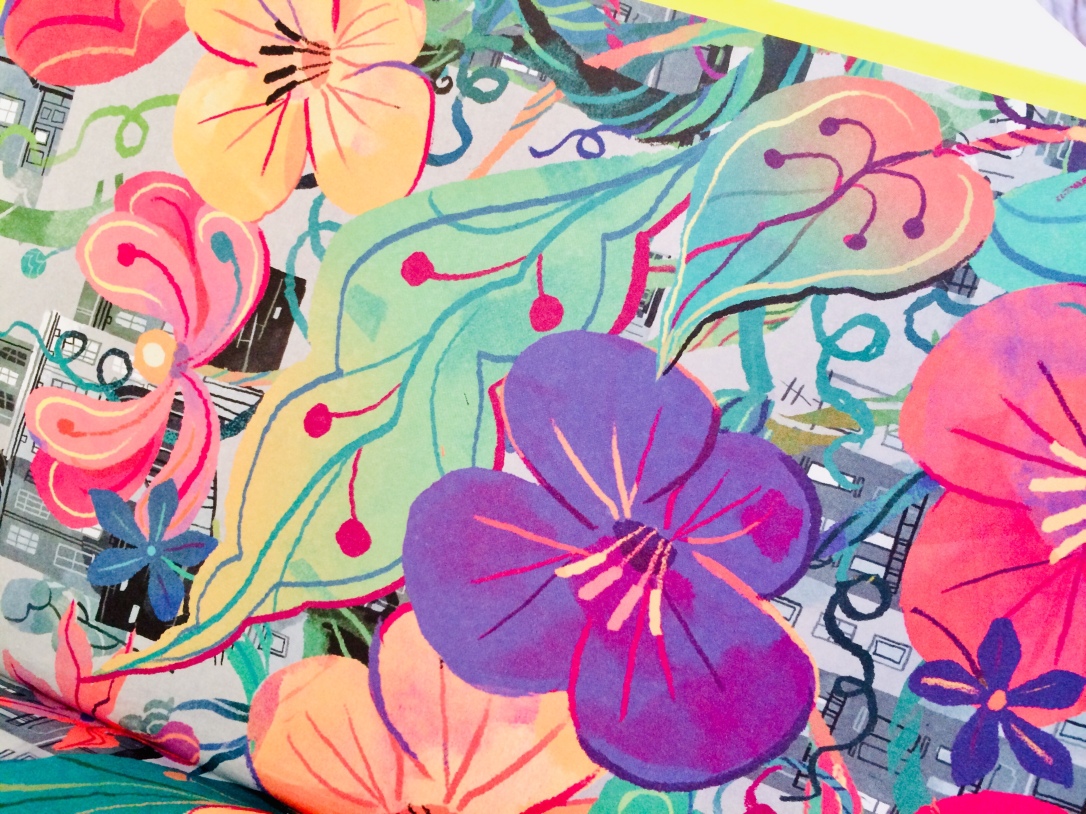 When it comes to reluctant readers, reading should be framed as the absolute joy it is, rather than a chore, or something that ‘must’ be done. How adults speak about it, even without realising, will really influence how children feel about it. I listen to readers at my local primary school and I try to laugh at the funny bits, engage with the story myself, lavish praise on the reader when they tackle a difficult word, and generally give the impression that sharing a book together is the most exciting thing that’s happened to me all day. Hopefully my enthusiasm – even if I have to fake it a little bit – rubs off on them. Fake it till you make it!

Some boys that read to me have a bit of a scatter-gun approach to books – flicking back and forth through the pages, or breaking off to talk about something – I try hard to let them set the pace, not force them to read in a linear fashion or rush them through the pages. It’s about entering their reading world with them, and letting them guide me, if that makes sense.

Finally, if your child is reluctant to read, there might be other things going on in their environment that is distracting them. I would get rid of all televisions in children’s bedrooms, for starters. Throw them out of the window. Not only will it make a lovely smashing sound, but you’ll give your neighbours something to talk about for years. 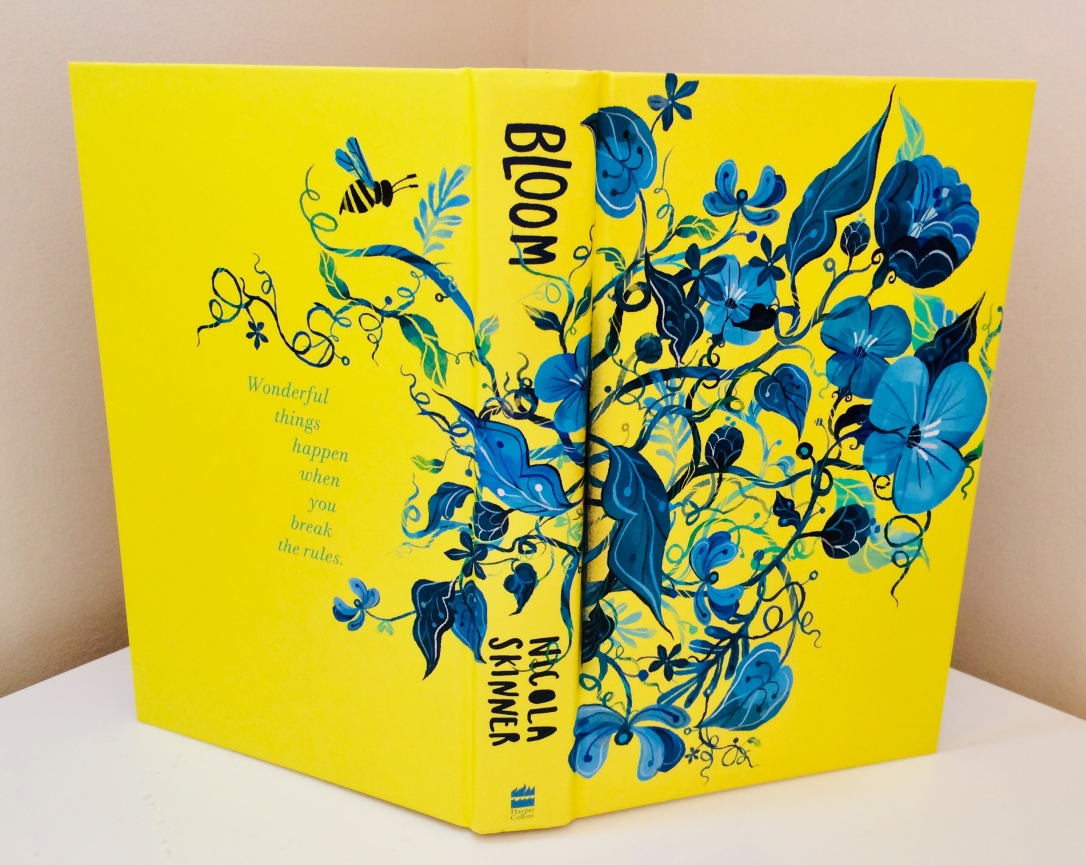 Where did you get the inspiration for Bloom?

One summer I was visiting a friend with my daughter, who was four at the time. She picked up a dandelion and started to blow the seeds around, at which point my friend became quite alarmed at all the weeds this would cause, and asked her not to. Subliminally this made quite an impression on me. Later, in our own tiny front garden, my daughter picked up a dandelion again – and this time, blew the seeds straight at my head. Out of nowhere, I said, jokingly, ‘careful where you blow that – didn’t you ever hear about the woman who grew dandelions out of her head?’ and that was that. It felt like a story that had to be written.

Do you have a particular writing space or schedule?

Not really. I wish I could say that I write in an immaculate study with a roaring fire and freshly washed hair, but the reality is more hectic, coffee-stained, and grubby; my desk is in a corner of the dining room, next to the drying rack, I frequently forget to brush my hair, I fit in writing around a needy Labrador that needs walking, relatively short school days, all the demands of family life, and I’m easily distracted.

Having said that, if I decide that today is a writing day, then I try to just focus on that, and write first – as soon as I get back from the school run – before doing anything else. As a rule of thumb I aim for at least three hours a day. Sometimes I get to write for longer and that’s lovely because you can really get lost in the story, but on days when there’s only an hour or two, you can still make good progress. Occasionally jokes sneak in that way; like they know I’m short on time and want to cheer me up about it.

What I’m beginning to realise, after three years of writing, and this does bring me quite a lot of relief, is that despite all my bad habits, if I think an idea is exciting, and with enough faith in it, that book will get written no matter what. Stories generate their own magnetic charge after a while, and will draw you back to themselves, whether you’ve planned it or not.

If you could have a packet of surprising seeds of your own what would you like to grow?

Probably grapes because it’s always nice to have a snack handy, and sweetpeas because they smell so lovely. But this is probably a question I’ll never have a definitive fixed answer to, because it’s hard to pick just a few things out from the smorgasbord of ever-changing beauty that is the natural world. 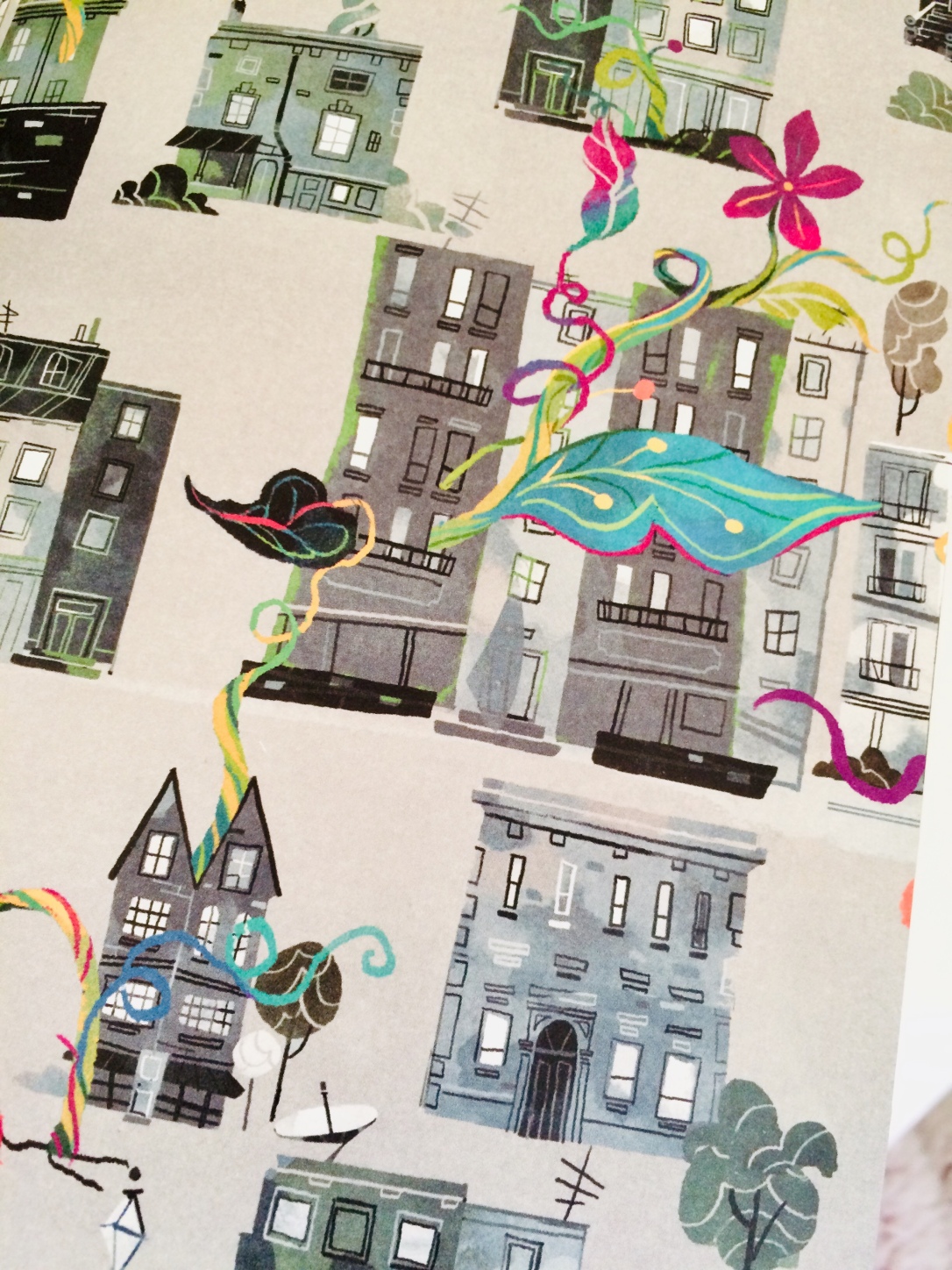 What is your favourite book to read to children (barring your own of course!)?

Ha! Most of Dahl’s books, because they are such fun to read and not too dense. I also love good picture books. ‘Old Sticky’ by Michael Morpugo springs to mind, as does ‘Piggybook’ by Anthony Browne, all the ‘Mog’ books by Judith Kerr, ‘The Giant Jam Sandwich’ by Janet Burroway and Jeanne Willis’s ‘Slug Needs a Hug’ which is just brilliant to read aloud.

Which book do you wish you had written?

Always and forever, Harriet the Spy by Louise Fitzhugh. It’s the most astounding book I have ever read and I love it passionately. It’s so funny and dark, so radical and slyly subversive, and its world view is razor sharp. It’s a one-off.

Did you have anyone in mind to base the character Sorrel on?

Quite a lot of me went into Sorrel. Like her, when I was that age I was also very conscious of rules, and being ‘good’. I really believed that people in authority knew what they were doing – now, of course, I know better. And I can be quite fearful of change, am a creature of habit, and tend to get so caught up in what I want that other, more important things, pass me by. Plus I’m very short, can’t reach curtain poles, love cake . . . this book is basically an autobiography.

I’ve just finished the first draft of my second middle-grade book, which I’m really excited about. My heroine finds herself in quite an unfortunate situation, mortality wise, and things sort of get worse for her from there. I’ve also had an idea for a story involving a Bristol landmark, so I’m mulling that over. 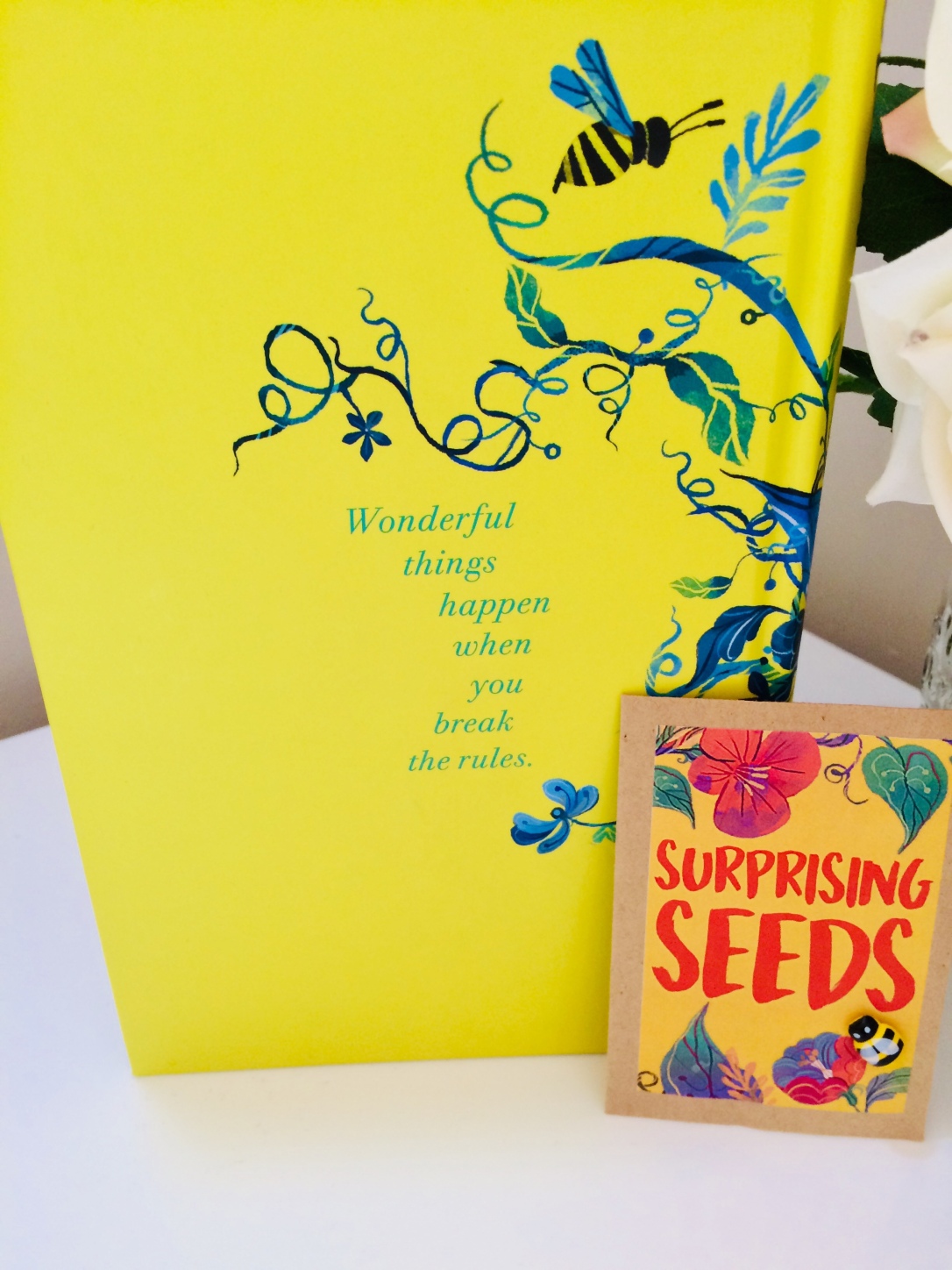 Thanks to Nicola Skinner for taking time to answer our questions and to Sam White at Harper Collins for our beautiful copy of Bloom.

I am a Primary School Teacher with 12 years experience as well as a mam to two boys aged 4 and 1. I am constantly on the lookout for exciting, inspirational books to engage and motivate my children and to capture the imagination of children in my class. My experience of working in a library and studying English Liteature as a degree both demonstrate my love of books. In this blog I hope to review 'books for boys' that I feel will help parents and primary school staff to pick stimulating stories to share with boys and girls too! View all posts by booksforboys11

This is a text widget. The Text Widget allows you to add text or HTML to your sidebar. You can use a text widget to display text, links, images, HTML, or a combination of these. Edit them in the Widget section of the Customizer.